For centuries and centuries, mankind has had chains of affairs with

several different kinds of things he has used for his covering; they are as primitive as creation itself. And when we talk about clothing, the first things that come to mind are shirts and pants; jackets and dresses, they fill the hall-of-fame of everyday clothing. But, for many, the hat is one such member in their wardrobe, whose presence is only felt when they realize the population of the hair on their head is shrinking. But you can make a lasting impression with this humble piece of clothing when it’s worn with the right set of clothes; at the right occasion, not only when it comes to dressing for comfort and functionality, but for fashion and style.

Today, let’s run a crash course on hats- their past, present and their future.

The variety and array of head dress is so enormous that it is impossible to really capture all of that picture in one short piece of writing, but the simplest definition of a hat is head covering worn for various reasons such as protection against the elements like rain, sun, ceremonial reasons, such as university graduation, religious reasons, safety, or as a fashion accessory. Since times past and rarely to this present day, hats pose as an indicator of social status. Military hats may denote nationality or rank. Police typically wear distinctive hats such as peaked caps or brimmed hats, such as those worn by the Royal Canadian Mounted Police.

Some hats have a kind of protective function. To explain this better, let’s consider some real life examples. The hard hat protects construction workers’ heads from injury by falling objects and a British police Custodian helmet protects the officer’s head, a sun hat shades the face and to some extent shoulders too from the sun, a cowboy hat protects against sun and rain and a Ushanka fur hat with fold-down earflaps keeps the head and ears warm. There are some hats that are worn for ceremonial purposes, such as the mortarboard, which is worn (or carried) during university graduation ceremonies. Some hats are worn by members of a certain profession, such as the Toque worn by chefs. Some hats have religious functions, such as the mitres worn by Bishops and the turban worn by Sikhs.

And again, the journey of men’s hat and women’s hat took different paths which crossed at several points in history. They still are as versatile as the wearers themselves. There are still, and presumably always will be, two basic styles of the hat – brimmed and brimless – and two basic forms – caps and hats. Milliners take these shapes and with the aid of many trims and details, create a never-ending range of hats for men and women. 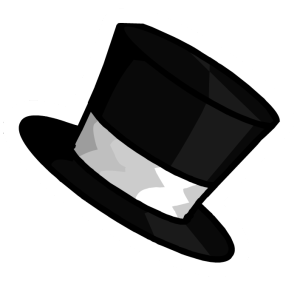 One of the first hats to be depicted was found in a tomb painting at Thebes and shows a man wearing a coolie-style straw hat. Other early hats include the Pileus, which was a simple skull cap, the Phrygian cap, which became identified later as the ‘liberty cap’ given to slaves in Greece and Rome when they were made free men, and the Pestasos which comes from ancient Greece and is the first known hat with a brim. Since their invention, hats have come and gone as status symbols, uniforms and fashion statements as well as being functional sports and protective headgear.

Well, this is just a few, we can’t forget the beanie, or the skull caps, or the aviator worn by pilots, or the flat hat and the list goes on forever…

Hats have been around for a very long time, as old as history itself. It’s impossible to find out when the first animal skin was pulled over a head as protection against the elements and although this was not a hat in the true sense, it was realized that covering your head could sometimes be an advantage. All these vast variety of hats are still easily accessible and you can lay your hands on any one of them at the expense of a few dollars.

“Fashion has to reflect who you are, what you feel at the moment, and where you’re going.” — quotes Pharrell Williams, the celebrity who is known to don his hat, an unusual long bowler kind of hat which is making quite a buzz on the internet these days.

So, you can pick up an 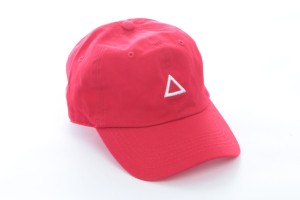 y hat and just express yourself, just make sure that you feel good about it, make sure you feel like you. And you can try some of our collection: which has the street-wear feeling of a regular snapback but with a twist. The different designs are sure to have something that can complement your look and style and create a statement. Checkout latest street wear snapbacks handpicked by our designers.

After all someone rightly said, “Style is expressing complex ideas in a simple way” So wear your mood for the day with these hats, they will surely make you feel confident and stylish!